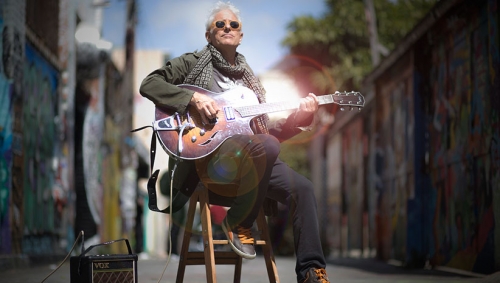 Having travelled extensively in India, where he met many great saints and singers, Bhakti Yoga became his personal path. Jai has been leading, teaching and performing kirtan around the world for close to 50 years, creating a safe environment for people to open their hearts and voices.

Jai’s musical journey began at an early age. Growing up in Manhattan, the son of record executive Larry Uttal, he was ideally suited to absorb pop music’s ’50s and ’60s golden age. “Every week my father would bring home the top ten singles and play them for my sister and me, asking for our opinions.” he remembers. “That was just so great. We were surrounded by musicians and producers and even got to witness some timeless recording sessions. One of my great memories was sitting in at the recording of ‘Devil with a Blue Dress On/Good Golly Miss Molly.’ by Mitch Ryder and the Detroit Wheels! That was just totally amazing.”

The universe is filled with colors and melodies, Jai says. They’re just everywhere, if only we could see and hear them more clearly. I feel that all art exists to enhance devotional practice and devotional expression. So I just try to hear the melodies.

Jai studied piano when he was quite young but his real musical passion emerged when he discovered the banjo, diving deeply into the old timey Appalachian song tradition. Then, of course, came electric guitar and the mind bending universe of sonic colors inspired by Jimi Hendrix and The Beatles. But a first encounter with Indian music at age 17, attending a concert by Maestro Ali Akbar Khan, proved to be a life-changing experience. He would later say that this music “entered my heart like the source of all life.” Soon he was studying sarod with Khansahib in Northern California, which would become his home. Jai says that his time with Maestro Khan totally transformed his relationship to sound and to music itself. It also led to the discovery of his singing voice. “Ali Akbar Khan insisted that all his students study singing as well as instrumental music.” Jai explains. “He said, ‘All music comes from the voice. I won’t teach you sarod unless you also study voice.’ Most of us did this very begrudgingly. We all wanted to be hot-shot instrumentalists, not singers. On top of that, I was extremely shy and insecure about my voice. But I found that when I was at home singing and practicing the ragas, I started having glimmers of this deep, deep inner world that I never knew existed. It was years before I took that outside my bedroom, and what brought me out was Kirtan. I was terrified at first, but somewhere along the line I realized that I couldn’t be paralyzed by fear because singing was the key to my healing and salvation.” 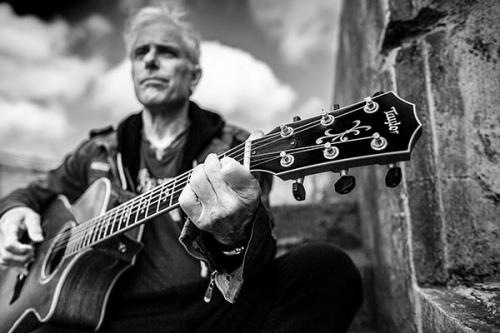 Music and spiritual practice became inextricably linked for Jai when he met the great Indian saint, Neem Karoli Baba, in 1971. Maharajji, as he was called by his devotees, encouraged the practice of Bhakti (devotional) Yoga as expressed through kirtan, the call-and-response chanting of sacred mantras, and service. Kirtan would become the center of Jai’s musical and spiritual life, giving him what he calls his “soul support system!”

But while all this was unfolding, Jai was also exploring other musical forms, including stints as electric guitarist for Jamaican reggae artist Earl Zero as well as Peter Apfelbaum’s world jazz band, The Heiroglyphic Ensemble. In time, he began searching for ways to integrate all the diverse musical styles and traditions he’d absorbed.

“I felt that the harmonic structure of Western music hadn’t, thus far, been able to support the subtlety of Indian melodies,” he says. “so that’s when I started to make my very first album, Footprints (in 1990). I tried to make that leap between Raga and Western harmony.”

With contributions from jazz trumpet innovator Don Cherry and Indian vocalist Lakshmi Shankar, Footprints was the first in what has become a deep and diverse catalog of Jai Uttal albums that includes 2002’s Grammy-nominated Mondo Rama, 2009’s Thunder Love, 2010’s Music for Yoga and Other Joys, the 2011 children’s album, Kirtan Kids, and most recently, the double CD set, Roots Rock Rama!

“The universe is filled with colors and melodies,” Jai says. “They’re just everywhere, if only we could see and hear them more clearly. I feel that all art exists to enhance devotional practice and devotional expression. So I just try to hear the melodies.”