Join me for Mantra Love: 7 Days of Chanting 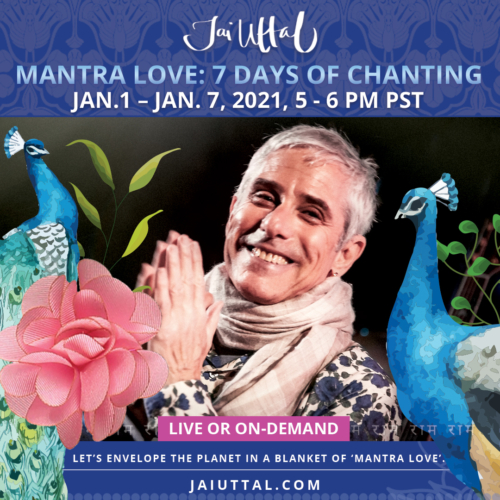 Register now to save your spot

Let’s gather together for 7 Days of Mantra Chanting, to bring in the New Year with a wave of prayer and blessings.

Each evening I will choose one mantra and sing it with you for an hour. No talking, aside from saying hello and explaining the words.

The world is sorely in need of healing vibrations and, by singing together from the depths of our hearts, we can ‘ripple outward’ and help envelope the planet in a blanket of ‘Mantra Love’.

Bhakti Yoga is the expression of the soul’s deepest longing to connect with God. It is the Yogic path of love, wherein every desire and every action to fulfill that desire is directed to the Source of all, the Divine Beloved, who goes by so many names. Through the practices of Bhakti (Kirtan, Japa, Dance, etc.) our relationship with that sweet Beloved becomes more and more intimate, personal and unique. We become mad for Him and He reciprocates a thousandfold.

(Of course that ‘He’ can be changed to a ‘She’! RADHE!!!! MAA!!!!!). And as we sing in passionate yearning, the sound of our melodies and mantras spreads out and touches our neighbors, both sentient and non-sentient, and a wave of love flows through the universe.

We ‘practice’ Bhakti Yoga, but truly we are just waiting, sometimes patiently and sometimes in anguish, for the merciful grace that only the Lord can bestow….. To bide our time we sing, love each other, feed each other and try our best to be kind to one another, for what else can we do until He finally meets us in the secret arbor of Love. 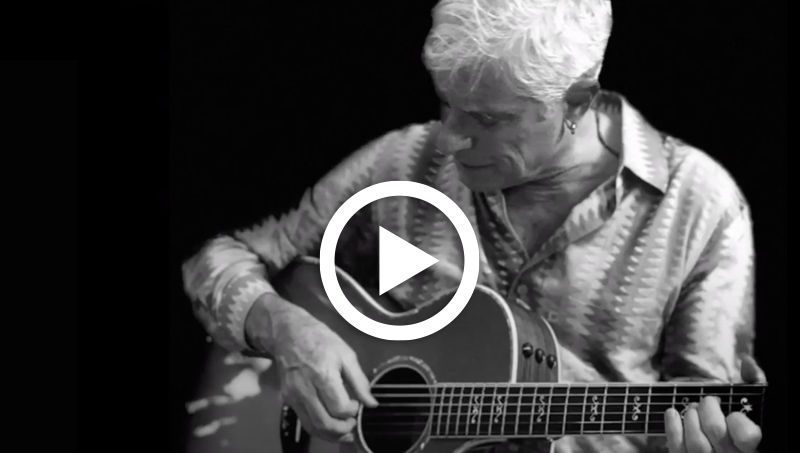 Simply click on this link to stream the song now

‘Time and Again’ is the first release from my upcoming album, ‘Songs of the Mystics’.

Born in the last days of the 15th Century, Mirabai was very different from the children around her. First of all, she was the princess of a wealthy Rajasthani Kingdom. However, when she was quite young, a sadhu passed by and gave her a small statue of Krishna, which she cherished until the day she left this material world. With that simple gift, Mirabai’s life was transformed, as was her heart – no more childish games and no more interest in the luxuries of the palace. She became completely enraptured and devoted to her beautiful Lord, Govinda.

The details of Mirabai’s life are intertwined with legends, miracles and mystery, but some facts are verified. As she grew, so did her love for Krishna, a love as sensual as it was spiritual. She wrote hundreds of songs describing her stormy, but blissful, relationship with her Beloved. Reviled by her husband and her family, Mirabai finally left the palace and wandered through India as a yogini sadhu, singing her passionate songs of love wherever she went. Finally, as old age began to inhabit her body, she settled in Vrindavan, the holy village where Krishna lived as a youth. Mirabai is revered throughout India as a folk hero and a Bhakti saint. She gave up everything for her mystic lover. Her songs are sung at village gatherings and at the grandest concert halls. She is Bhakti incarnate.

Though scorned by the presiding culture of 16th century India, Mira’s passionate devotion to her Lord, and her complete disregard for social mores, became a clarion call to the poor and marginalized masses, and to all women. She was, indeed, a mystic Revolutionary!

‘Songs of the Mystics’ will include reimagining of songs and poems by many of the Bhakti saints, but we thought it appropriate to start with one of Mirabai’s songs. Her message and mood are timeless and resonate even today in the hearts of all.

The Hindi verse, ‘Meera Kahe Prabhu Giridhara Nagara, Hey Govinda Hey Gopala’, calls out: ‘Oh Lord of Mira, Govinda, Gopala, lifter of the mountain’. One might paraphrase this as: ‘Oh my Beloved, please lift this insurmountable mountain of suffering and separation, that I may be yours forever!’

‘Time and Again’ was composed by Jai Uttal and Nubia Teixeira, based on a song of the 16th century Indian Bhakti poetess, Mirabai.

Time and again you told me

That you would come with the rain.

My hopes have turned to pain.

Singing to you is my consolation.

Only in your name can I find peace.

Counting the days since you’ve been gone.

Come to me now before I cross to the other shore

This longing for your touch knows no end.

Singing to you is my salvation.

Only in your name can I find grace

The whole night I pass counting the stars

Weaving a garland of tears

Day after day night after night

I’m weaving a blanket of years

Singing to you in my desolation.

Only in your name can I find peace.

My musical Guru, Ali Akbar Khan, used to speak so sweetly about his time in the Rajasthani court, playing for the king who became his patron and benefactor. Khansahib, as we lovingly called him, claimed he would never have become the maestro that he was without having had that patronage. And the same is true for so many of the greatest artists, playwrights, scientists and musicians of history – they all had patrons helping them to achieve their life’s vision.

Well, times have changed. The days of royal patronage are long gone. But now, with crowdfunding and other miracles, we’re relearning the art of giving in a new and very modern way. As we rediscover our interconnectedness and interdependence, we find the awareness that we all need to become patrons of each other. 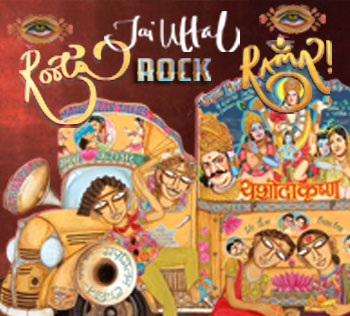 The whole world’s myriad musical colors coruscate like a bejeweled shawl tossed from the shoulders of a goddess on this landmark two-CD recording. It manages to pack a lifetime’s spiritual and musical quest into seventy-eight minutes of glorious music from an innovator whose work transcends any category or genre designation. READ MORE >>

Buy a CD, Plant a Tree! We are partnering with One Tree Planted to plant a tree for every CD purchased.

Jai rocks Rama as the most talented, multi-instrumentalist, soulful kirtan artist of our time. Steeped in the roots of Bhakti, Jai’s global sound is universal sonic tonic. Roots Rock Rama is the sound of JOY!

“WOW!!! Amazing!!! Just bursting with music and creativity!!! Really wonderful… The whole palette of devotional colors. Tower of Power goes to Ganga!!! Beautiful and Too Sweet.” 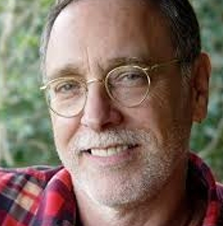 Wow, in my humble opinion, is definitely your best yet, and that’s really saying something! It has such a feel to it – it’s one whole, complete, ecstatic, colorful statement from the first to the last note. I can’t wait to play it again! It made me feel so good. the arrangements, the horns, the SOUND, everything! This is one whole, complete, ecstatic, colorful statement from the first note to the last. For me, this record is up there with Sgt. Peppers, Revolver, Blonde on Blonde, Blood on the Tracks, Freewheelin’, Hejira, Songs in the Key of Life, Love and Theft, Nashville Skyline, After the Goldrush, Bringing it All Back Home, and Highway 61 Revisited.” 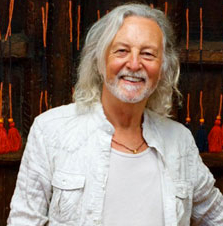 My good friend, the late jazz trumpet wizard Don Cherry might have coined the term “world music” but with the release of his latest work of genius, Roots, Rock, Rama, maestro Jai Uttal, joyfully reveals to us what world music really sounds like—music that defies rigid categorization because it is just too far reaching—too cosmic to be contained. RRR is modern and traditional, spiritual and sexy –it simply cannot be limited to one narrow commercial category. It reaches across all genres—Reggae, Rock, Soul, lyrical Bossa nova, percussive Samba, R&B, Jazz, Bollywood, Kirtan, Country, Folk, Classical Indian and beyond.